Interesting Facts About Echidnas – And How We Can Protect Them

Well dear readers, do I have a story for you (before we share some interesting facts about echidnas)! I need to paint a picture for you, set the scene if you will. T’was the night before Friday and all through the house, not a creature was stirring not even a WAIT actually a creature was stirring! Please meet Ziggy:

Ziggy is NOT a barker, so when she started barking at the front door at 12.01 am I assumed there was most certainly an imminent threat. Naturally, I sent my husband to investigate – it was cold. From down the hall, I heard him open the front door as quietly as possible. I heard him peek out, then quickly close the door.

When he reported back that we weren’t being burgled, there were actually three echidnas having a party on our front porch I was flabbergasted! We are on an acreage just a few minutes out of town here in Tamworth, I would call it semi rural at best so this was definitely not what I expected. There was a fourth, smaller echidna in the garden.

We gently shepherded them into the adjacent garden so that Ziggy didn’t wake up the rest of the household, then I turned to google because I was 99% sure that echidnas were solitary.

Short-beaked echidnas (Tachyglossus aculeatus), along with platypus, are monotremes – marsupials that lay eggs. Their colour varies across Australia, even though it is one species – from light brown in the northern warmer parts of Australia, to black in Tasmania. The Tasmanian echidnas are fuzzier, too. The spines are specialized hairs, and are hollow inside. Echidnas are remarkably robust, and can live anywhere from the desert to the snow.

There is a Kangaroo Island subspecies of echidna, and a long-beaked echidna found in New Guinea. There were once giant echidnas that weighed 10 kilos and grew up to a metre long roaming Australia, and some scientists believe that they could still be in remote parts of Western Australia today! However, most believe that the western long-beaked echidna has been extinct in Australia hundreds, if not thousands, of years.

Fun Fact: Both Echidna and Platypus babies are called puggles!

Some interesting facts about echidnas include that termites and ants are their preferred food, but they will eat worms, beetles, and larvae in a pinch. They aren’t referred to as spiny ant eaters for nothing! When disturbed, they will burrow themselves quite deep quite fast – within a matter of seconds, they can be camouflaged in your front garden. I can also personally confirm that they’re surprisingly fast for animals with backwards back feet! The backwards feet are helpful when digging. Researchers have pointed to these attributes as contributing to how hard they are to track and study, and how little we know about them.

It turns out that I was right, echidnas ARE solitary – most of the time. They have quite a wide territory that will often overlap with other echidnas, and can travel several kilometres in a day.

Breeding season runs from the end of June through to early September, and during breeding season echidnas are known to form “trains” which can contain anywhere from two to ten male echidnas, following one female echidna. That’s what was on my porch! An echidna train! Check out this echidna train as captured by the Mulligans Flat Woodlands Sanctuary ecologist.

Another cool thing about echidnas – the males have a four-headed… appendage. During mating, two of the heads will shut down. Each mating results in a single egg. Once hatched, hatchlings attach themselves to specialised patches of skin in their mother’s pouch that secretes milk. The puggles will live in their mother’s backward pointing pouch until around two-three months, which is incidentally the age their spines start to get, well, spiny. They’re about the size of a cricket ball when this happens. After this, they live in the burrow with their mother for another few months.

How do you know if you’ve had an echidna in your garden (without seeing them)?

If I had seen my dug-up garden the following day without seeing the echidnas, I definitely would have blamed rabbits (aka the bane of my gardening goals). In addition to the scratches, echidna poo (scat) is cylindrical, with snapped ends, about as big as your pinky finger.

Habitat loss is the leading cause of echidna decline, along with road accidents. Predation by dogs, cats and foxes also plays a part. However, the species is not listed as vulnerable or endangered – although it should be noted that we are not sure how many echidnas there are in Australia, or the full detail of their spread. Researchers are questioning their classification as being “least concern”. The Kangaroo Island echidna is listed as endangered though (it is recognized as a separate sub-species).

How We Can Help To Protect Them

Captive breeding programs are largely unsuccessful. In light of this, what can you do at home to help out our spiny friends? If you can retain or restore habitat, that’s fantastic. Habitat can include fallen logs and branches, tree stumps, leaf litter and debris. Better yet, establishing more native vegetation in treebelts and corridors helps them to move through their wide territory. Talk to your neighbours about their plans too, if you can link up corridors that will assist with movement.

Keep your pets inside at night, to protect your pets and our wildlife. Especially on farms and rural properties, domestic cats and dogs are potential predators of echidnas. If you find an injured echidna, call WIRES. It should go without saying not to put them in your car – I’ll leave it up to your imagination what would happen if you put an animal with powerful burrowing abilities on your passenger seat.

As always – there’s an app for that! Download the EchidnaCSI (Echidna Conservation Science Initiative) app to your smartphone and record any sightings. I submitted this sighting a week later, and it took a few minutes – if you do it on the spot it’s a lot faster, the app will access your camera and location services to save you a lot of the work. You can report any scats you might see in your garden too. 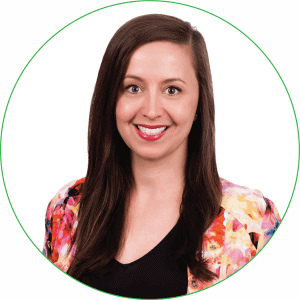 Bronwyn joined Moss Environmental in 2020 as a Senior Environmental Consultant. Bronwyn has ten years’ experience working across the agricultural, construction and landscape sectors throughout New South Wales. Bronwyn holds a Bachelor of Science in Agriculture from the University of Sydney
All Posts
PrevPreviousProtecting The Australian Frog Population – How you Can Help
NextWhy Are Bats Important and How They Help Our FarmersNext

Why Are Bats Important and How They Help Our Farmers

Do not fear, bats are not out to get you, they are quite harmless if you do not touch them, and highly beneficial for our ecosystem! 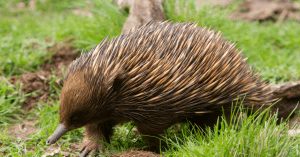 Interesting Facts About Echidnas – And How We Can Protect Them

Well dear readers, do I have a story for you (before we share some interesting facts about echidnas)! I need to paint a picture for

Home
Who We Are
What We Offer
Previous Projects
Contact Us

Maintained By Princess And The Pa